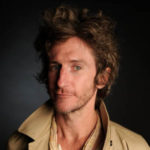 This fortnight You Am I frontman, solo artist, actor and, in my own honest humble opinion, Australia’s greatest ever songwriter and performer, the one and only Tim Rogers shares with us his top ten records. I needn’t say much more. God bless. 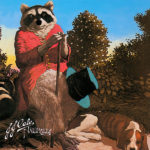 My Dad gave my brother and sister and I access to a huge collection of 45s he’d had since he was a teenager, full of Haley and the Comets, Little Richard, Elvis, Chuck Berry when he saw that we had an interest. From then he and my Mum were big on playing stuff around the house that they deemed “real” and “gritty” and set it up in opposition to pop music from the radio or most of what was on Countdown. This was the late 70s. To please them both first, and then because I reacted to the 45s, I’d sit up late when they were having drinks in the evening and listen to what they dug. J.J. was a perennial. To watch Dad ease back in his chair and tap the armrest in slow-time and look off into the middle distance was mesmerising. I knew he’d been to the US, and to the South, and driven some highways, and this was his soundtrack. I wanted to be wherever his mind was wandering in those moments. I reckon I go there a lot. 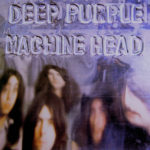 I’m not goin’ to even try and pick these records apart like a reviewer because that’s already been done endlessly, all I can give is my recollection of my reaction. My first guitar teacher in North-West Sydney was a dead ringer for Richie Blackmore. I came in with my nylon-string acoustic asking to learn “Jumpin’ Jack Flash” and ANY Stones, but Michael the teacher suggested strongly that the Purps were the best place to begin a leap at wonderment. So “Maybe I’m A Leo” and “Lazy” became year-long struggles while I had to fish for the notes and chords to Stones songs on my own. I resented the Purps for a while because of it, but they became a YAI van regular thru Rusty’s love of Ian Paice, and I remember the joy of wrangling with these tunes and digging in those beautiful big pockets Roger and Ian leave in between all the wizardry. 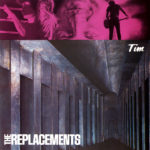 Durh….After work at a pizza store in North Ryde when I was 16? I was at home late with my brother drinking Coopers Sparkling and watching Rage when the video for “Bastards Of Young” came on. Just a leg and a stereo and the eventual kicking of said stereo accompanying the sound that fused all my synapses, and then loosened them forever. All in three minutes. The next day after school I went to Collect Records in Parramatta and bought a Residents record coz I got the names all mixed up. The two bands are rather different, I figured it out eventually. Hearing and seeing The Who meant more to me as a physical thing. Very obviously I stole a lotta Pete’s moves because like him, I wanted some way to distract attention from my face and, maybe even more than that, his style of playing guitar was the sexiest thing I’d felt to that point. But The Replacements opened up the possibility of being in a band for me. To try and write some riffs, some songs, shout a bit, and try and get a life. Folks will debate their records’ worth, their shows’ unpredictability, production, blah blah, but they meant everything to me for a long time. Which ain’t too fuckin’ hard to see. 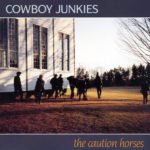 Whites Off Earth Now was the first one I got in Canberra during University, Trinity Sessions is the most lauded, and this one is kinda straight compared to those two, but it’s very dear to me because when I was forced to leave uni and move back into the old family house, this was a record I played endlessly as therapy almost. I had to walk miles and miles each day to calm myself down and begin thinking cognitively again, and the delivery of these little tales, and the tales themselves, got my thoughts back to somewhere I could use them again. Similarly, it’s around this time I started hearing Townes, and Guy Clark, Jimmie Dale Gilmour. Again, I could see a future that wasn’t just heavily medicated. Ironic when ya think about it. Michael Timmins’ guitar on the first Junkies records was soupy and sultry and had none of the trad country lickin’ I had no appreciation for at the time. I’d buy a bread roll for the day and put my walkman on and start sayin’ hello to the flat earth again. I don’t listen to music for “comfort” these days but I sure needed it then. 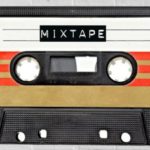 This is perhaps goin’ off-piste, but mixed tapes are the greatest gift. The first band I joined that played to crowds was Box The Jesuit. Just for a dozen or so shows, but lead singer Goose and his partner Suzie made tapes for me every few months around ’91 and ’92 with graphic hardcore porn covers and filled to the brim with The Velvets, rare Iggy, solo John Cale, Big Star, Alice Cooper, T-Rex, Slade, Charles Bukowski poetry, Aerosmith, Patti Smith, Suicide…everything I wasn’t savvy enough to be familiar with yet. The band in the early days had other folks like Ray Ahn of the Hard-Ons who’d pass things on, or Damien at Utopia Records. Whether it was hearing Alex Chilton’s skewiff guitar playing on his solo records or the thunderous rage on The Blue Mask by Lou Reed, every tune on those tapes is in me somewhere ready to spew out once I’ve shook out all the rest. 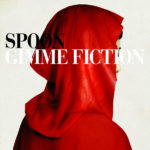 Honestly can’t enunciate why I’m so attracted to them. Maybe it’s the space they leave in betweens, the impressionistic lyrics that I can listen to 43 times before some kinda penny drops, the tone of Britt’s voice. When we were with a label in the US, a massive one, our A&R guy was a wonderful man who is still a dear friend, and he told me about Spoon in ‘98 or somethin’ and told me he thought they were the best, and some kinda heir to Ray Davies or somethin’. Well if I wasn’t gonna hate ‘em before I sure did then…. and avoided ‘em for years. But when this one came out I’d just been thrown outta home and was living unhappily and this got into my ears at just the right time. When I met Britt a few years back in a club in Portland, what I WANTED to say was “I love your songwriting” but what I SAID was “you know yer the best” in an ambivalent kinda way. I was walking on stage. I was a dick. 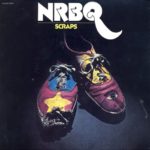 As with all the best stuff, I heard about them through another artist I loved, this time thru Paul Westerberg. When I first got into stuff from the fringes of American music it was difficult to get any information. You’d stumble over an article in a magazine, or a fanzine, and covet it, read it over and over hoping to glean… anything. I had one article on the Replacements, one on Soul Asylum, one on Husker Du, the Minutemen, The Long Ryders, Meat Puppets, and one on the Placemats thru Creem magazine. Westerberg enthused over NRBQ so I saved my Pizza Hut money and bought Scraps. They have the package of being kinda loose and a grab-bag of doo-wop, rock’n’roll, R’n’B, jazz, but they are bullshit great players and singers and can turn on a dime, so a song will go from motorized r’n’r then slip into four part harmony doo-wop then a keyboard solo reminiscent of Thelonius Monk then back to something like pre-Beatles pop. They’ve been around since ’68 and records from ANY era in their being are worth it. Even tho’ original members have been reduced to just Terry Adams, I would crawl through broken glass to see ‘em one day, and keep an eye always on what ex-members are doing. Total enthusiasts who give far more than they’ve ever received. If I run into a fan anywhere in the world that person is a friend for life. I’d recommend At Yankee Stadium and Live At Ludlow Garage 1970 also. 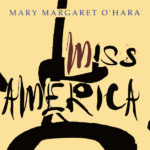 When I first went around to my partner Rosie’s house I noticed this LP on top of her stereo, and it was at that moment the deal was sealed between us. If our dance records are 65% Hall And Oates, this is our recovery record. I heard about Mary through Michael Stipe as I adored REM and, through mostly Peter Buck’s recommendations, I heard a lotta great stuff. Miss America is equally romantic as it is often unsettling. Some of the instrumentation hasn’t aged well, but her voice and delivery are timeless to me, and as much as I’d love her to make so much more music, my affection for her leads me to wish her happiness far more. I cry often, but if I want the waterworks here and now, “To Cry About” and “You Will Be Loved Again” will do it in a flash, and if I need the sound of agony, “Year In Song” is my friend. 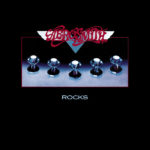 The first songs the band tried to play were “TV Glue” by X, “All Set To Go” by the Hard-Ons and three Aerosmith songs. Even though they’d become a far, far blander version of themselves by the time our band started, their first 6 records are wonderful. Great melodies, sleazy as all hell riffs and lyrics. They also write great pop songs, drenched with sludge and molasses. My brother loved ‘em too, and he was, by the time YAI started, pretty much exclusively listening to and seeing hardcore shows. On that note, the greatest gift I ever received was a brother who had an awesome record collection. He was always importing stuff, always researching and trying things out, whether it was Detroit House toons, grindcore, post-punk stuff from the UK or 60s garage stompers. Though he BARRED me from his bedroom, he’d always be playing stuff loud, and the car trips to the city when I could blag a ride to see shows were soundtracked magnificently. I owe more than half of whatever I’ve picked up to him. Whenever I get to the UK hangin’ out with him rules. Only he could confirm, but I reckon he had the first Napalm Death LP, Guns N’ Roses Appetite AND the Stone Roses LP six months before anyone in Australia… Anyhoo, the riff on “Combination” is my favourite r’n’r hands down. Just beating out Poison Idea’s “It’s An Action”.

HARD-ONS Love Is A Battlefield Of Wounded Hearts (1989) 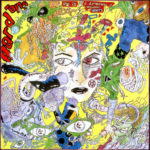 And lastly, this nation’s saving grace. Seeing them live and being five feet away from Ray’s right sneaker just before getting my nose broken again by an errant stage diver was such a massive moment in my life. I idolized them, and probably even more so now because I know a tiny bit about ‘em as people now. Always passing on stuff and enthusing about the stuff they love, while being straight up with fans and punters. And seeing ‘em last year as a four-piece with Keish out front singing was as good, if not better than when I first saw them in 1990 or somethin’. Blackie’s guitar slays me. Great pop songs, and when they wanna stick the dagger in they twist that fucker right into your spine. Listen to Most People Are Nicer Than Us from a coupla years ago. Brutal. Then Alfalfa Males… recently has some beautiful pop songs then twists into brutality again. Love Is A Battlefield… was our soundtrack for ages, going back and forth with Dickcheese. They gave us shows early on because Nik and Jaimme knew Ray a bit, and they always treated us way better than we deserved. Heroes.